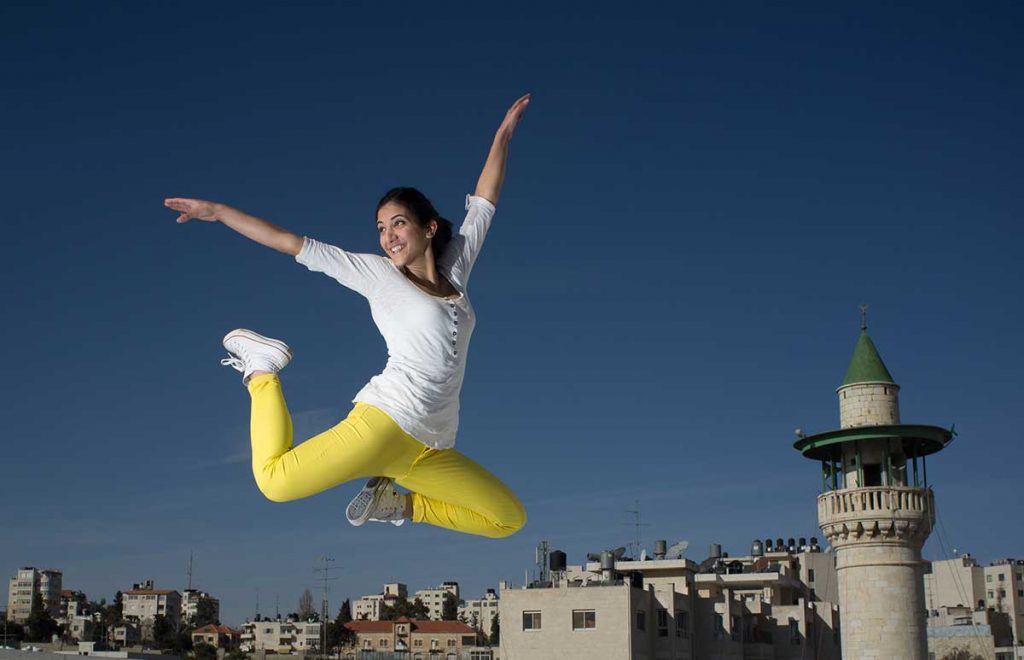 Reflections on Gender and Performance in the southern Mediterranean

Women, Dance and Revolution: Reflections on Gender and Performance in the southern Mediterranean

“Things don’t change”. Sarah looks me directly in the eye and speaks very calmly as she says this, though she is tired, or has said this many times before.

“It drives me crazy here. I feel alone. I feel like I am the only one doing this and people think I am mad”.

We sit opposite each other at a table wrapped with a plastic covering, in a restaurant on the first floor of an old building in Al-Balad, Downtown Amman. Black and white images of Arab singers and film stars of years gone by create a patchwork effect on the walls; they are now all tinged yellow with cigarette smoke. Across the table Sarah crosses her arms and purses her lips ever so slightly.

I sit back into my chair and wonder if we should continue the conversation or change the subject. I’d chosen to focus on contemporary dance practices in places with a suspicion of dance. Dancers talking about their work, especially women dancers, sometimes found themselves forced to recognize how tough it was. This could be uncomfortable.

Before I have the opportunity to say anything Sarah speaks. She says, “Do you know what it feels like to have everyone judge you? Look at you, ‘oh, there is the dancer’. I ignore it, yes, but you know that you’re being talked about”.

Sarah was a good friend, and we’d had these sorts of conversations numerous times over the years we had known each other. I often initiated the discussions, curious to understand the culture and context of dance in the Middle East. This curiosity led me to have conversations with other dancers, teachers, directors, choreographers and also those who were removed from the dance scenes across the region. I heard debates, contradictions, questions and reflection on dance, gender, alienation, transformation, education, politics, censorship, society, religion, artistic integrity and cultural hegemony.

The above is an excerpt from the book Women, dance and revolution: Performance and protest within the southern Mediterranean, which I wrote in 2016 (published by I.B Tauris, London). This book encompasses and extends on much of the research I have carried out over the past eight years, exploring women dancing in the Middle East. My work seeks to document dancers’ stories in intimate detail. The dancers I’ve worked with are based in locations such as Ramallah, Cairo, Amman, Beirut, and Damascus. All the women I have talked with have had diverse experiences teaching, learning, performing and creating dance through occupation, civil war, political uprisings and/or revolutions. These women have become my friends. I care about and respect them deeply as artists and individuals, as proponents of change and activists for hope.

“The time for dancing in the streets has come”

Re-reading Frantz Fanon’s words I was struck at their potency in relation to the narratives of the women included in my research. Some of the women involved in my research continue to work as dance practitioners in their home environment; others have travelled abroad to pursue dance opportunities or further training. With the shifts in politics across the southern Mediterranean region some of the women find themselves in new roles influencing the directions of dance in their home locations.

There were numerous issues that the women I have worked with raised in the interviews I have had with them. There have been topics that we debated over at length and moments where we contemplated how to solve major political difficulties, conflicts, cultural tensions and concerns. At times, it could be seen that the discussions were focused on more negative matters, the problems and the hardship. In part, this is because the reality these women face is challenging. However, beyond this there were many moments where hopes and dreams were shared, where things were looked at with a humorous view, and lightness was made of situations. Stereotypes and assumptions of women, culture and dance were confronted and the role(s) played by a female dance practitioner living and working in the southern Mediterranean region are able to be re-thought and re-imagined.

There were times when our conversations revealed genuine beliefs that dance had the potential to be transformative for individuals and societies. Some of the women felt that the change they were making, even on a small scale, was significant in the transformation of their communities. Noora Baker, a dancer, teacher and choreographer with El-Funoun Palestinian Dance Troupe, shared, “as a part of El-Funoun and working in Palestine I feel that I am making a difference – on a very small scale. I feel that there is value to our work, and the value of me and my work relies on being and functioning in this society”. For others, it was the notion that they were developing something that might be the foundation for future generations of dancers to build on. As Nadra Assaf, choreographer, teacher, and Assistant Professor at Lebanese American University, explained, “slow and steady I keep going, working to make dance education more accessible to people in Lebanon. If it doesn’t happen in my lifetime at least the process has started”.

For some of the women it was the expression of dreams related to their own dance practices that indicated their thoughts about the future. Nadia Khattab, a dancer with El-Funoun Palestinian Dance Troupe, articulated, “I don’t say that I am a choreographer, I am not yet confident to say that. I dream that one day I can confidently say ‘I am a choreographer’ and people will admire my work”. There was also the expression of dreams and desires for dance within their communities or cultural contexts. Rania Kamhawi, Director of Dance at the National Center for Culture and Arts, Jordan, shared, “I think now more than ever dance has an important role to play in our society. Amongst the chaos the arts and dance can provide some sanity, relief or beauty. I would like people living in Jordan to see dance in this way”.

Past and present traumas reverberate throughout the southern Mediterranean region, the repercussions of the occupation of Palestine, the ‘Arab Spring’ and the Syrian Civil War are ongoing and political directions are uncertain. Nevertheless, the experiences shared by the women in my research reveal that they are interrogating, shifting and encouraging dance in their communities. The attitude expressed in political activist Emma Goldman’s widely known quote, “If I can’t dance, I don’t want to be part of your revolution” echoed in the women’s stories. The thought that dance and dancers could contribute to change is something people are contemplating and witnessing across the southern Mediterranean region. 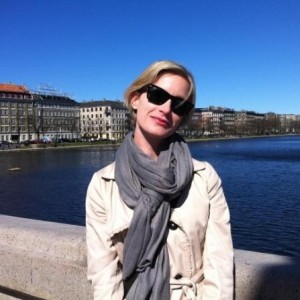 Dr. Rosemary Martin is a dance scholar, researcher and lecturer at the University of Auckland and international guest lecturer. Her research interests include dance education; dance ethnography; dance in post-colonial contexts; dance and politics and cross-cultural dance education.
All Posts