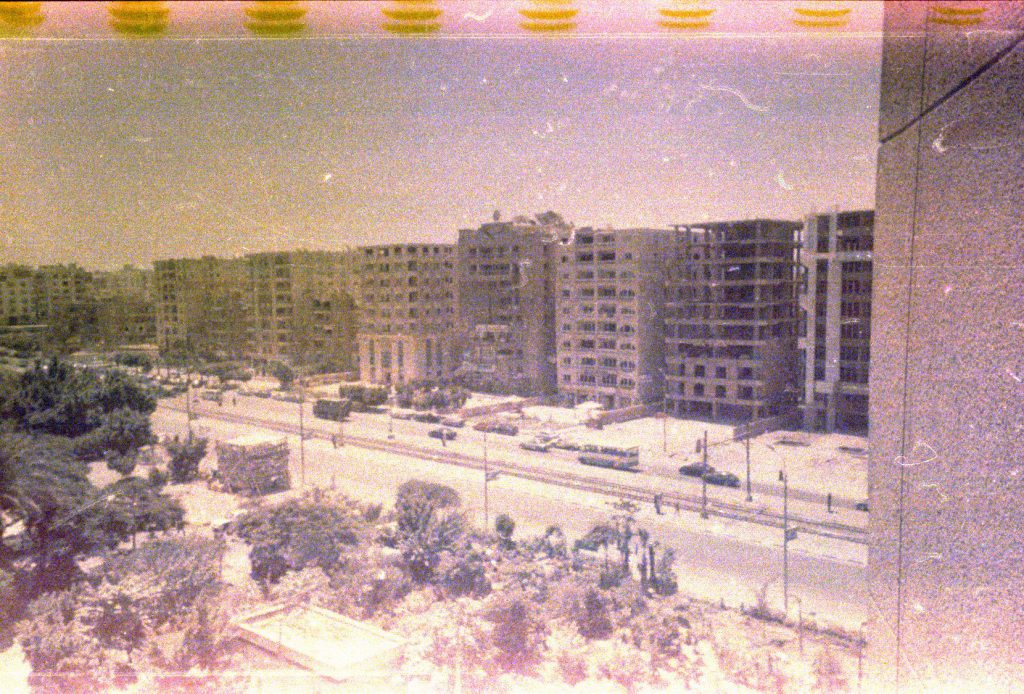 The City Whose Change Outruns Grief

I come back to a different city than the one I left. I didn’t know it was only the beginning of this massive change that has taken it over.

I don’t recognize many of the streets as I drive or walk.

I had spent the first 3 months of the pandemic stranded, away from home.

I went to visit my father. All cautions taken, we sat together 2 meters apart on his balcony to watch the sunset. What used to be the main square is now a very intricate meeting of several 5-lane streets.

We knew that this city is not designed for walkers, but walkers always managed.

“Remember our next door neighbor fulan (I don’t remember his name)? He was hit by a car and spent a few days in the hospital, then a few days home. He died shortly after. The surrounding buildings and ours are trying to get speed bumps, or at least traffic lights, installed”.

I told him that the Main Street in my neighborhood is now 5 lanes, that they’ve also taken out the speed bumps. Watch out on your way here, he says, just last week almost 50 people died only in our neighborhood.

He especially warns me about the street next to his, that’s where his neighbor died.

He wants to buy some things, and asked me if I’d like to tag along. I watched him hurry alongside me as we crossed the big streets. We would go for slow walks together when I was a child. Early morning Friday was the day to go get beans from “Lights of the World”, a big name of a tiny shop that only serves breakfast food, all take-away.

Social media timelines continue to show surges of deaths. Every few days someone’s father died, someone’s mother died. Someone is dead. People don’t know how to grieve with others, because they themselves are not finished grieving.

“How come grieving is such a basic human phenomenon, but we are never told about it, never taught about it” my partner said. His father had died a few months earlier.

I don’t know how to grieve the city that was, while I lament the city that is. Most of all, I don’t know how to accept the fact that I have very little control over either of those, the city from memory and the city of the present. Meanwhile, it continues to change. Every part of it appears and disappears, without saying hello or goodbye. A constant state of erasure and fabrication to which the city dwellers are subjected.

I try to take a walk every once in a while. Most people cannot afford to quarantine. I wonder if it makes me more isolated that I, myself, have decided to quarantine for as long as possible. Even my mother started to go back to work like usual… she only stayed home for a few months and then took it upon herself to always wear the N95 in public transport. I sit on my balcony and gaze at the neighborhood garden below. My partner has quarantined even more, for even longer.

A small family of grandpa, grandma and 2 grandchildren who couldn’t be more than 5 years old go for walks after day care. We see them all the time. We all smile through our masks. The grandfather sometimes invites us into the elevator so as not to be rude, but we insist that they take it alone, we don’t want to jeopardize their health.

I observe the walks that they do, and I remember my grandmother’s walks as I was growing up. She lived on the same square as my father, Midan Triumph. She would cross her street (2 lanes on each side), and walk alongside the tramline until she got tired. Then she would take the tram the rest of the way. Sometimes she would do a quick-paced walk to the coffee brewers and I would tag along hurriedly, almost jogging to match her step with my short legs. My father, now the same age as she was, struggles to match the new demand of pace needed to cross that same street.

My mother’s walk was away from our own neighborhood block. She would head down to the main street to cross it,  and then walk down a long street before she met the biggest open garden of the neighborhood. There was a huge cross shaped paved path dividing the whole garden into 4 main parts.

My walk was different, I would walk between the small blocks and gardens, and end up on the main street. I didn’t like meeting the Main Street too quickly. Otherwise, I would be overwhelmed by the noise. What I then thought was noise is not to be compared to the main street today.

The grandma from the small family tried to cross that street, but she was hit by a car. She died that same day. The grandfather continued to do the walks with the grandchildren. What used to be their celebratory ritual walk turned into a matter of joyless routine. He looked many years older in a matter of three months, before he joined his wife.

On my way out of our building, I see their son walking in. He says hello in a quietest, most desperate tone. I realize: Now that I have witnessed my partner grieve his father’s death, I can recognize grief easily in others. I walk around the neighborhood in my new ritual walk and ponder my own negotiation with grief over the city that has been. 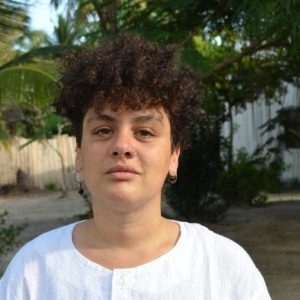 Sara Fakhry Ismail is a Cairo-based performance maker, visual artist and somatic movement practitioner. Their work often examines intersections between movement and sociopolitical aspects of space; exploring emotion, sensation, states of being and imagination. Sara incorporates meditative qualities in their work, inviting audiences to participate in acts of listening and “tending to” as a main axes of the work. Their most recent works are in live performance, video installation and artist publications. Sara holds a BA in Theatre & Performance from the American University in Cairo, an MA in Contemporary Performance Practice from Royal Holloway University of London. Their work was present at Cittadellarte Fondazione Pistoletto Onlus, Camden People’s Theatre London, Dance Research Studio London, Contemporary Image Collective Cairo amongst others.
All Posts