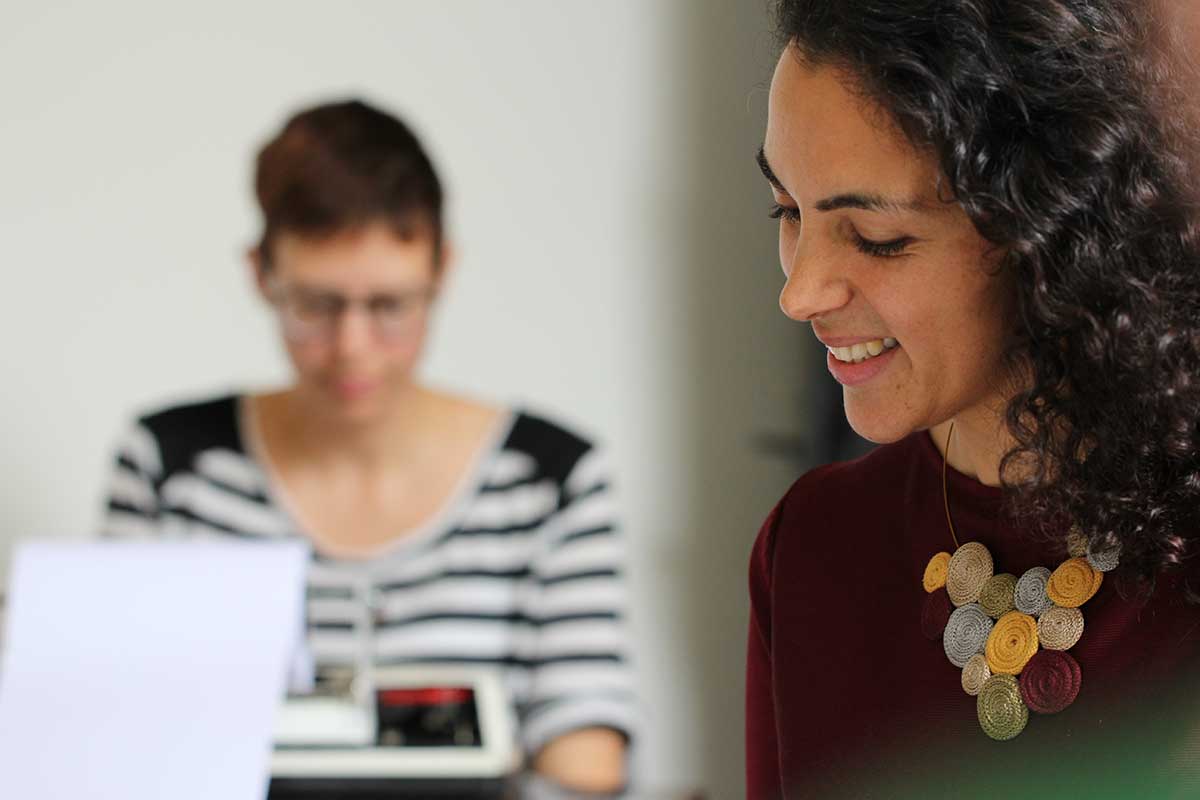 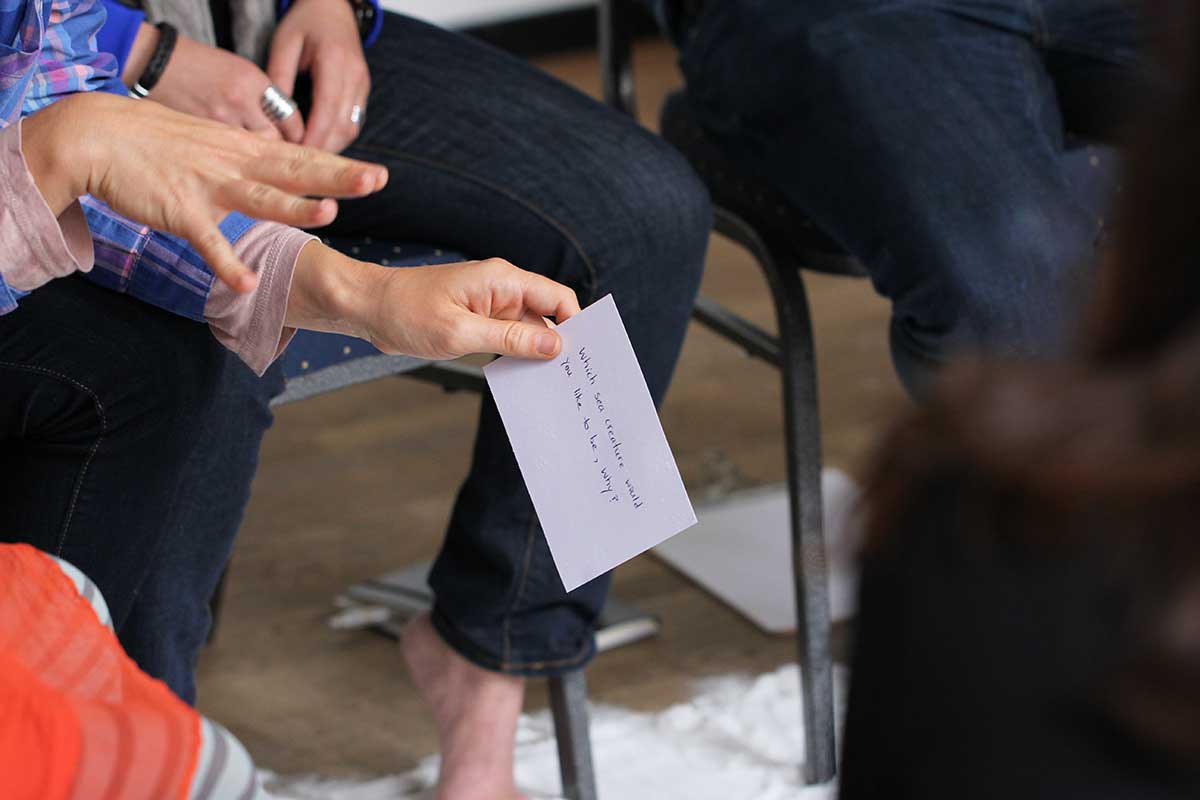 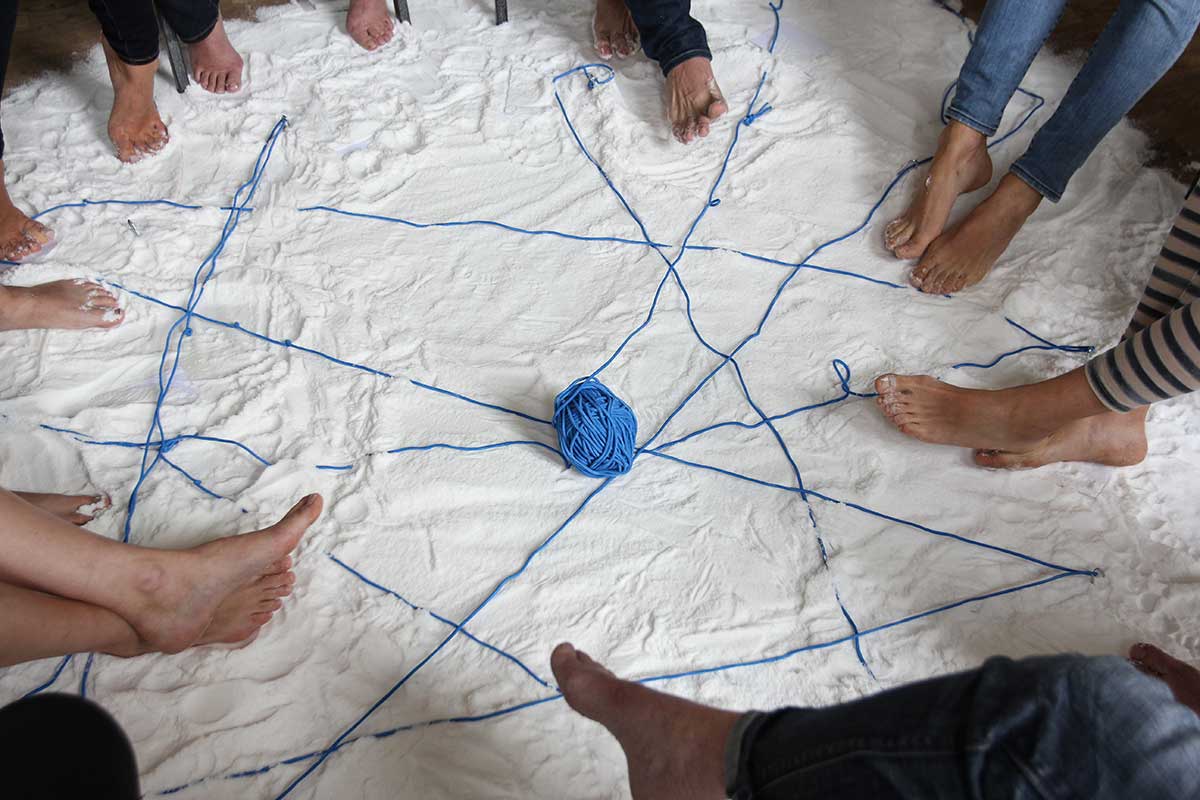 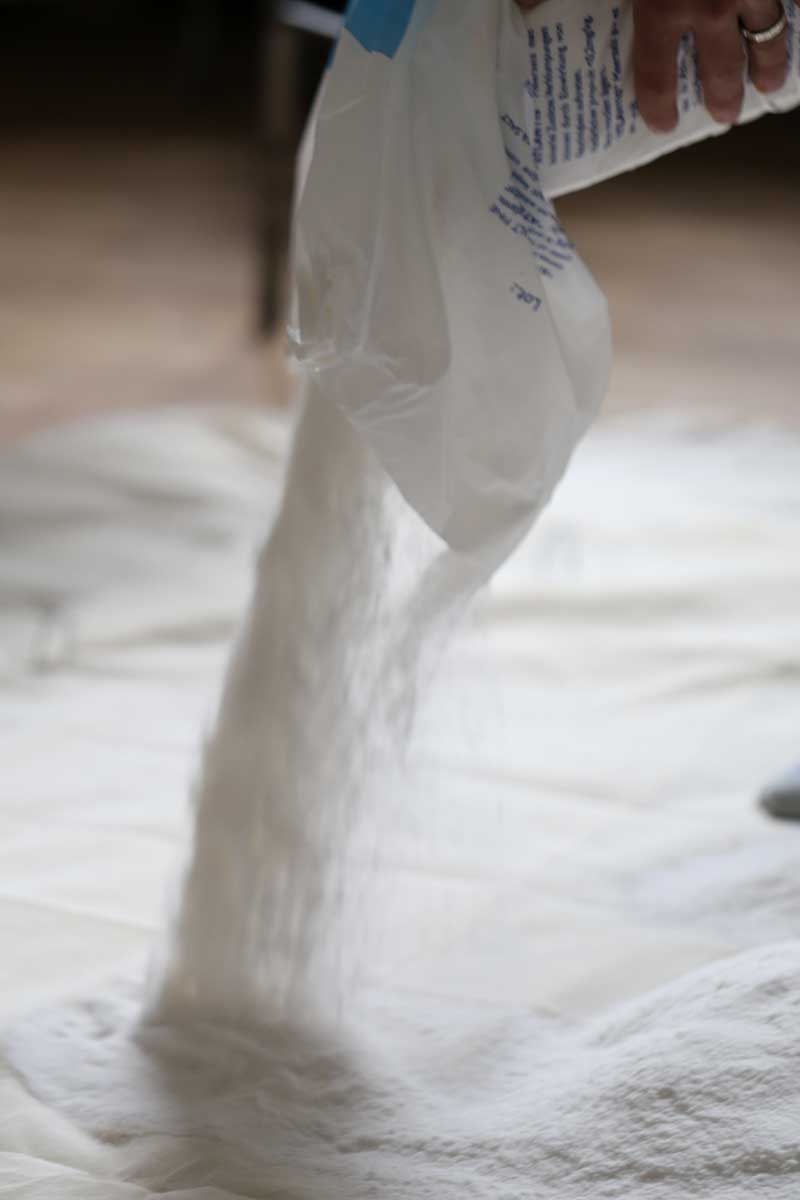 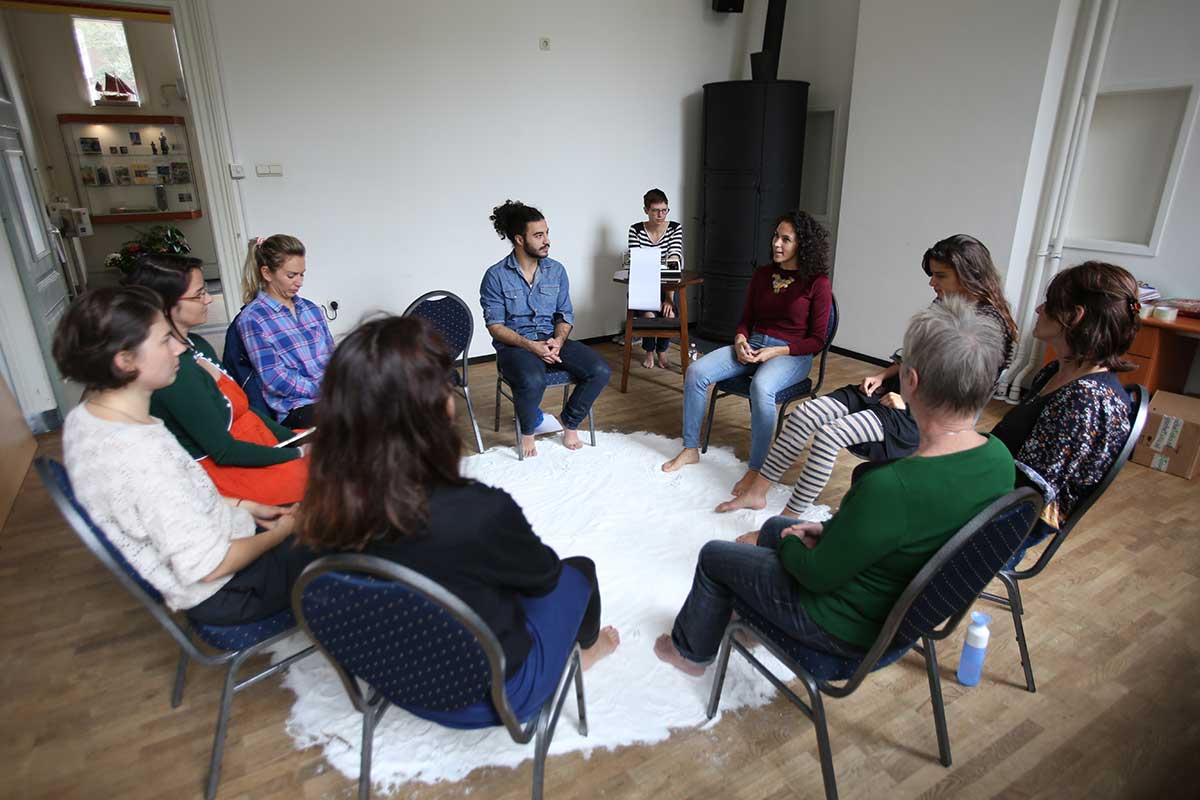 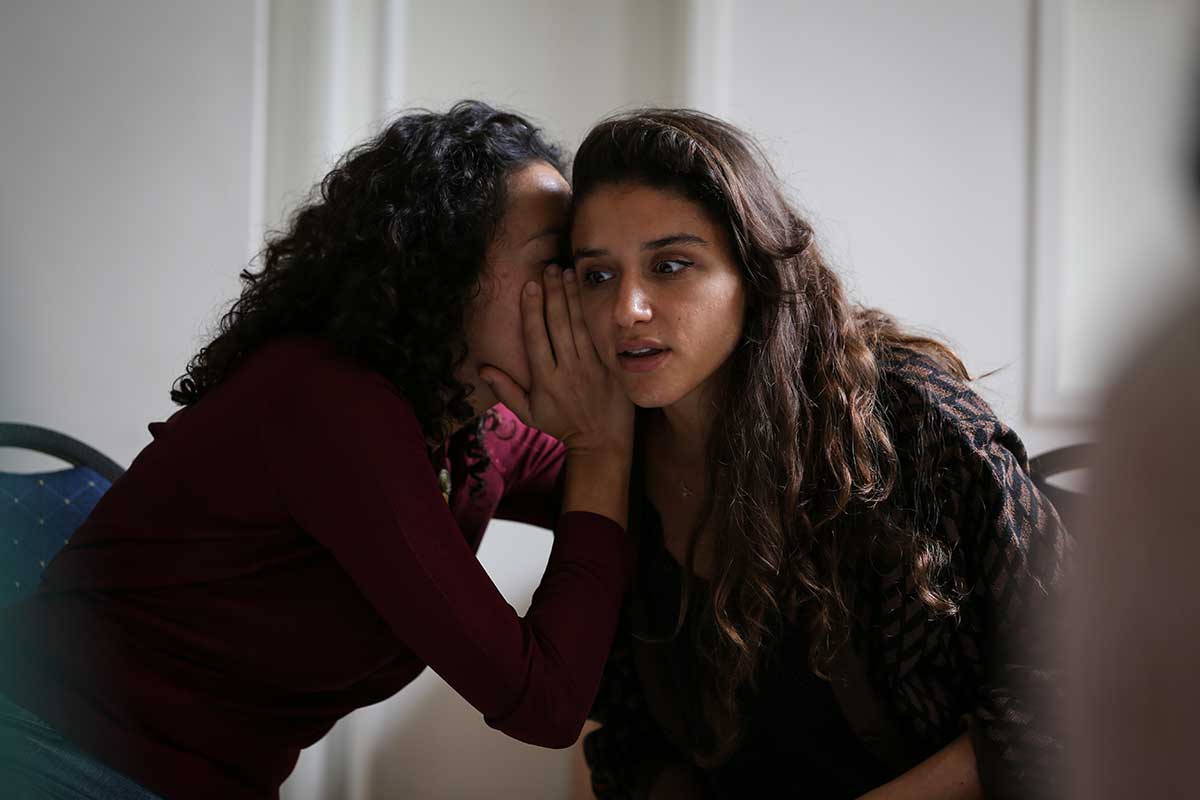 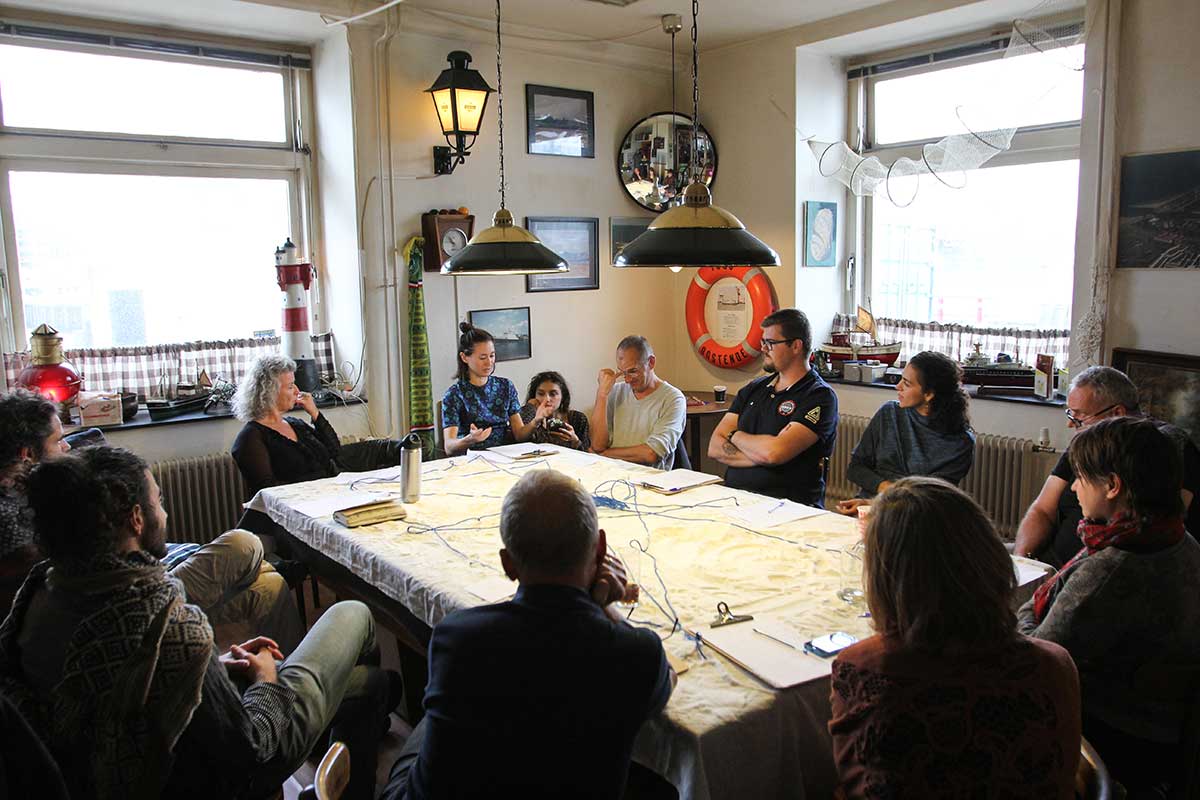 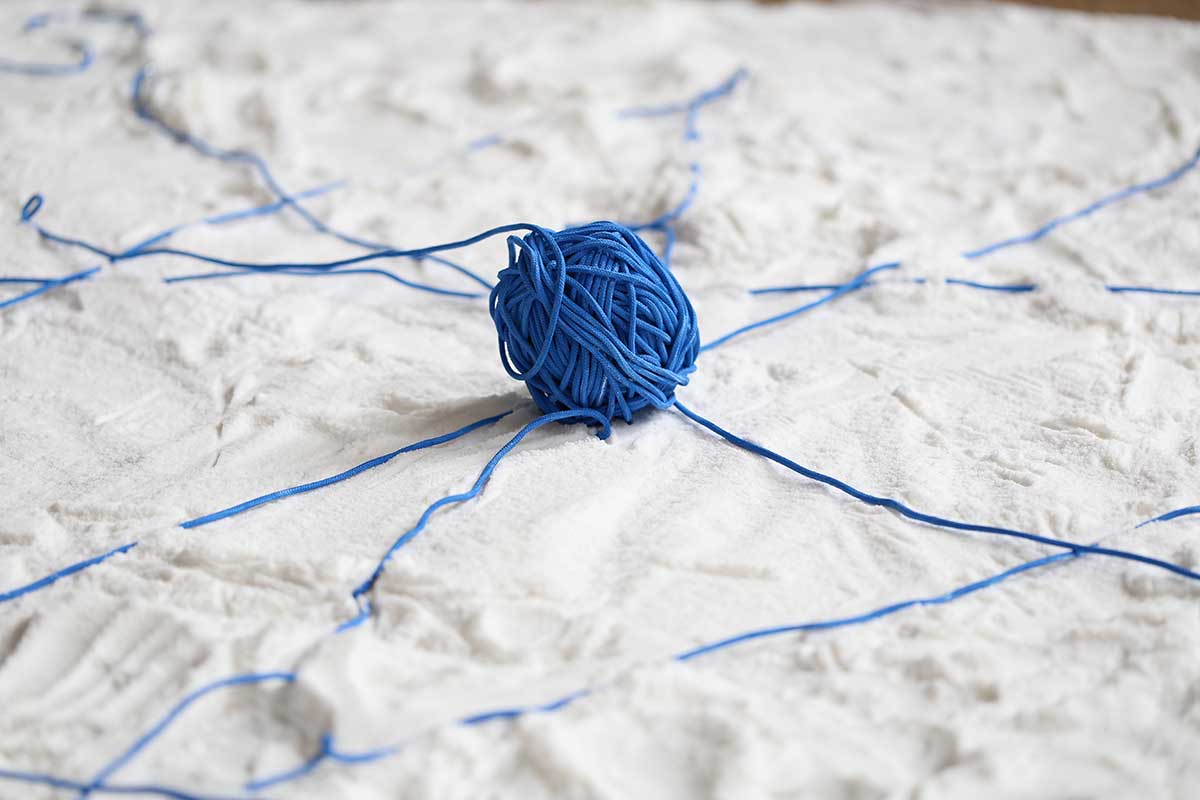 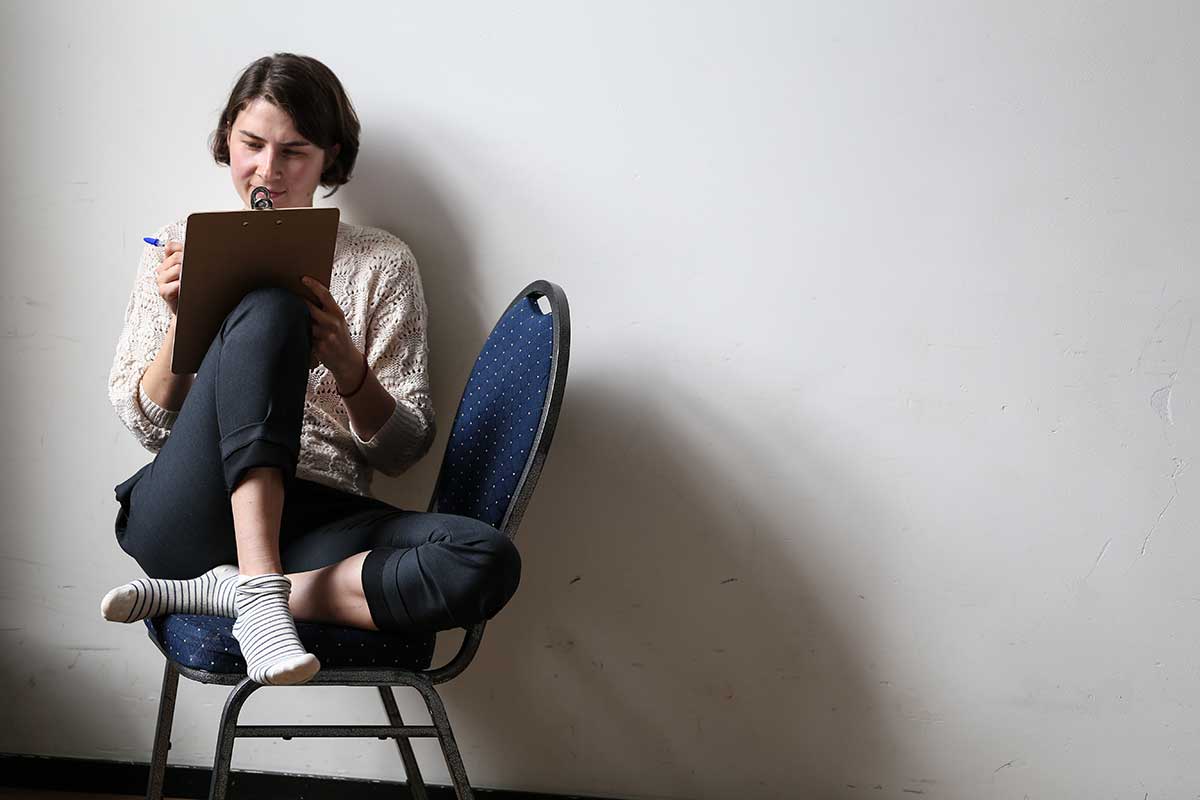 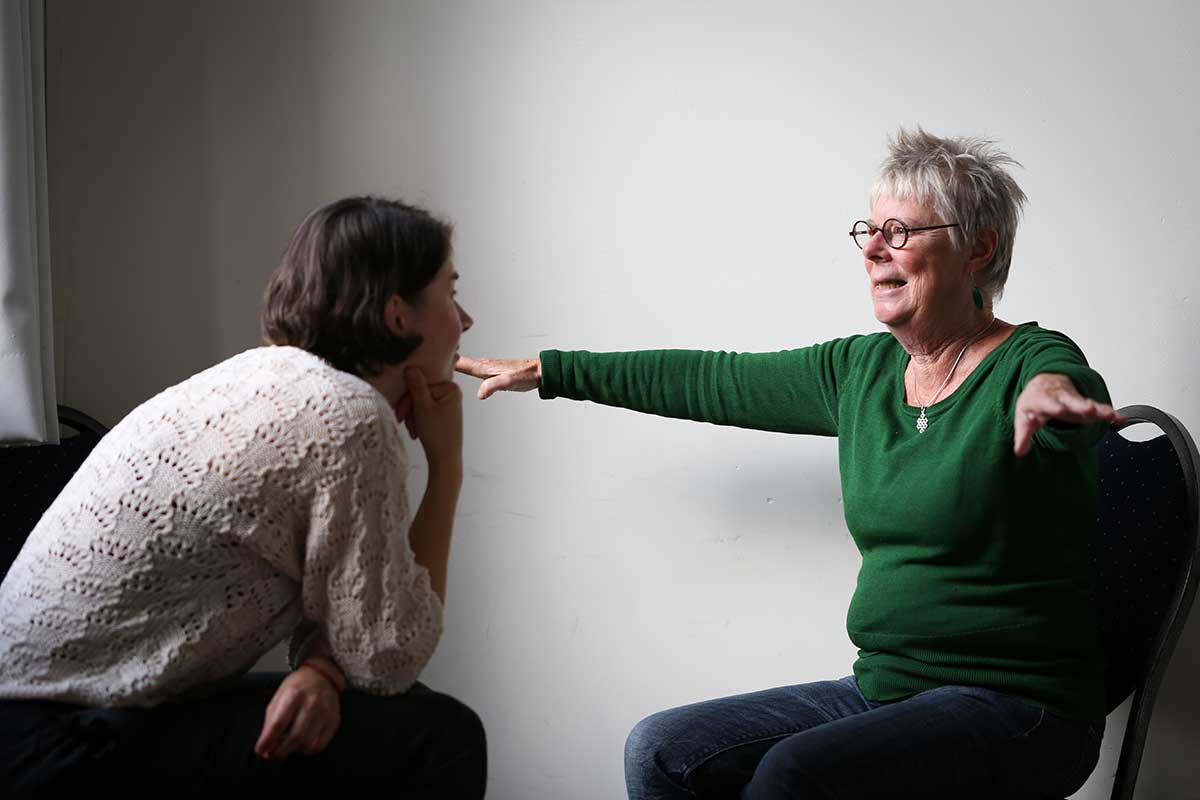 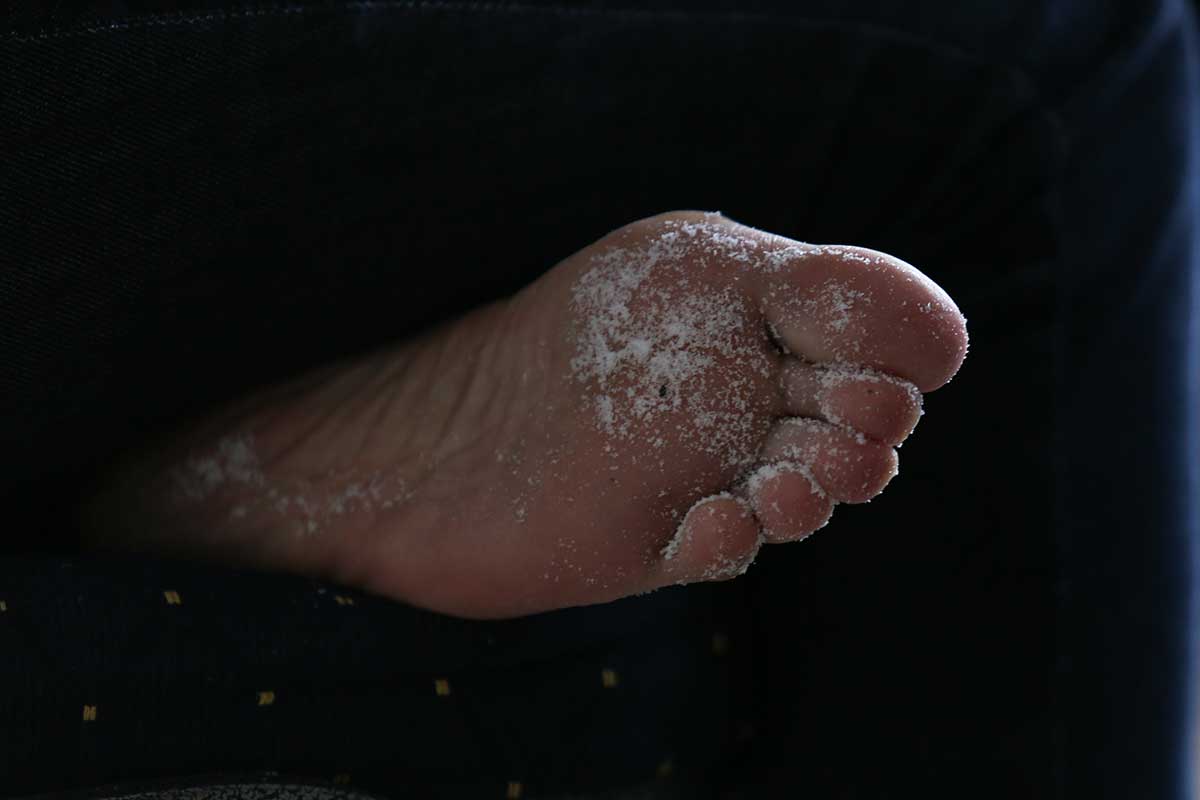 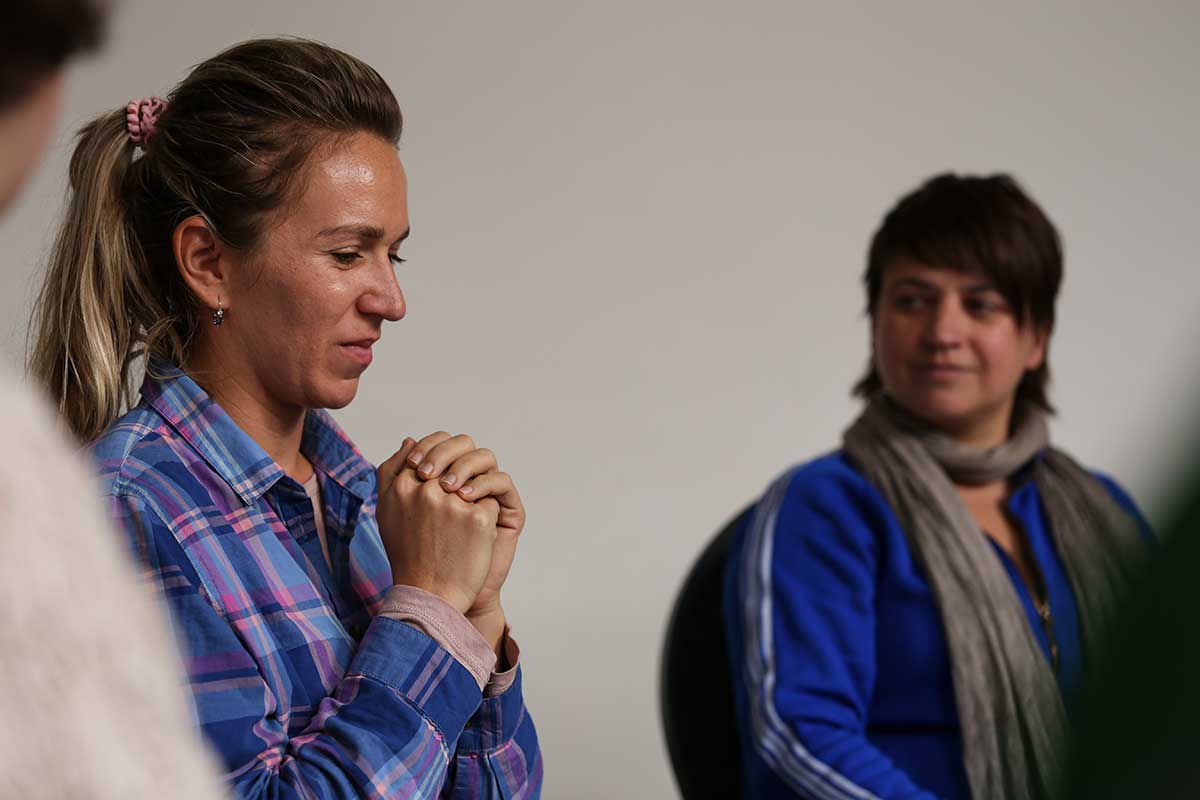 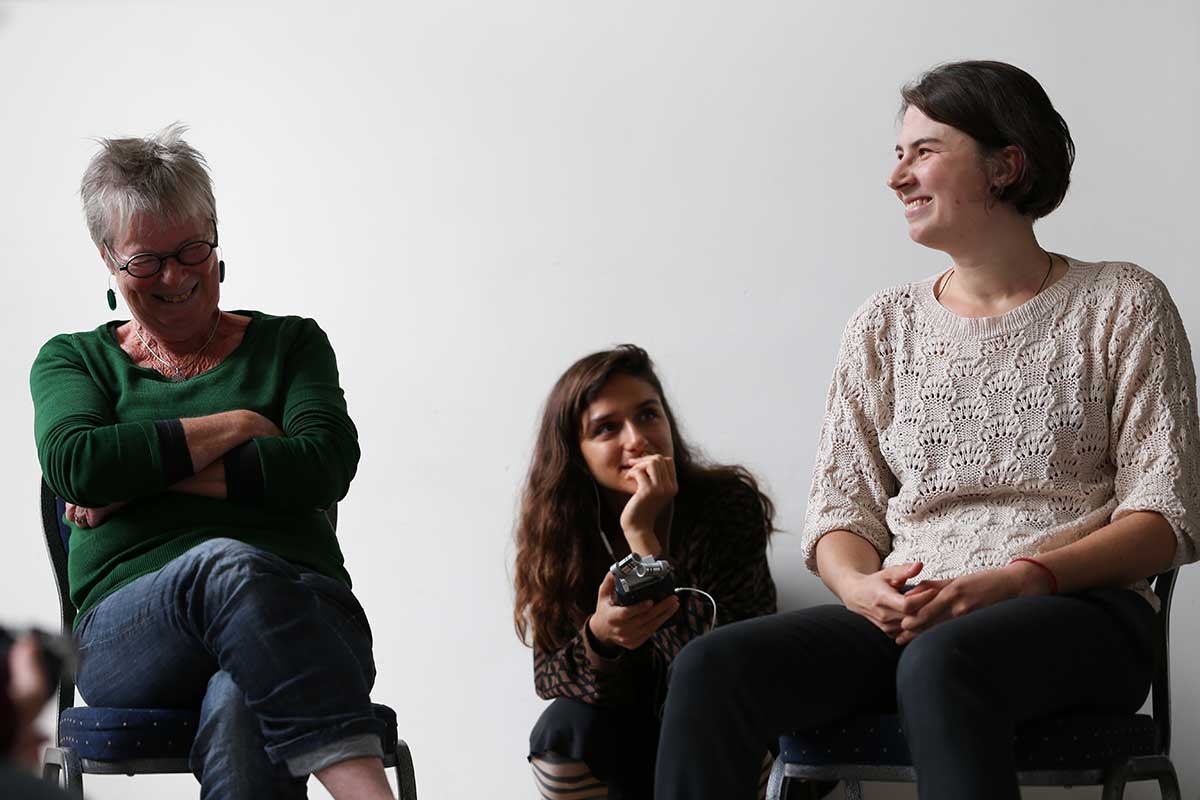 The water is made up of a thousand and one different currents, each one a different color, weaving in and out of one another like a liquid tapestry of breathtaking complexity. These are the streams of story (…) and because stories are held here in a fluid form, they retain their ability to change, to become new versions of themselves, to join us with other stories, and so become yet other stories. Unlike a library of books, it is not dead but alive

– Salman Rushdie, Haroun and the Sea of Stories

An interactive installation of living stories

Are we able to overcome our fear of the other and the illusion of a fixed identity? In the artistic research The Atlantis Project, artists Lina Issa and Mayar Alexan use the sea, literally and figuratively, as a metaphor and source of inspiration to look at the different ‘currents’ of people, identities and stories in our society. Issa and Alexan facilitated work sessions with different groups of participants that all have their own personal relationship with the sea. The participants become co-authors, and their stories are bound together to create a shared narrative, without losing the individual strands, and without becoming rigid. The output is in the form of an interactive installation that becomes the start of an open, living and ever-expanding archive. The audience is invited to become a part of the archive, to receive, add to and tell its stories.

The Atlantis Project is a further exploration of the themes of the site-specific performance A Ticket to Atlantis, in which the relationship between the sea and the human body is explored. The performance can be seen during the Dancing on the Edge Festival at the seaside near Zuiderstrandtheater in The Hague.

Lina Issa is a Lebanese/Dutch artist, living and working in Amsterdam. She has worked in a range of disciplines with a focus on exploring themes of displacement and embodied memory.

Mayar Alexan is a Syrian actor and theater maker living in Damascus. He was an actor in the praised performance Above Zero presented at Dancing on the Edge Festival 2015.