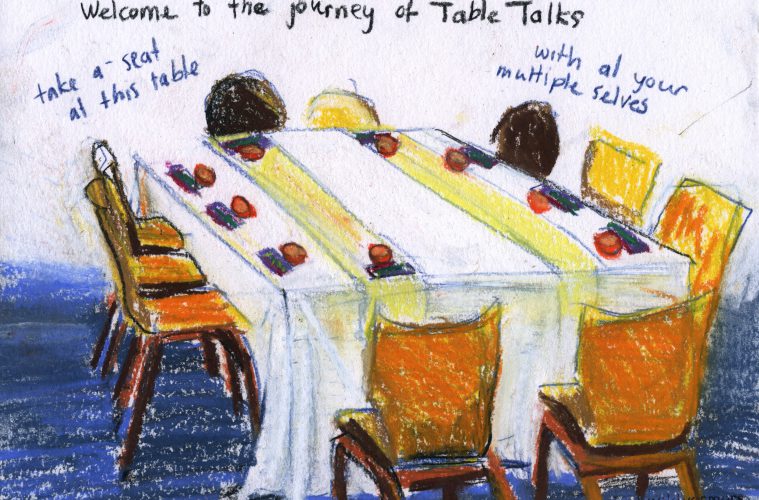 Dancing on the Edge Festival will bring performances by and in collaboration with artists from the Middle East and North Africa to The Netherlands once more in November 2019.

The wind whistles: Not another festival, not another ‘big’ budget, no flying artists in, flying artists out, no audience tally. Not if the cultural and socio-political systems and their power structures remain unchanged. Not unless DOTE publicly examines its practice within the frames or (post) colonial practices. Not while the distance between here and there, between ‘the other’ and ‘I’ keeps growing.

DOTE is listening. It feels the urgency, longs for change, and takes responsibility to reflect on its own position within these dynamics. DOTE wants to imagine and realize a shift.

The Table Talks series is one of the spaces in which to do this. Through these encounters, we hope to sense and imagine together: what are the urgencies that guide our practices, what structural changes do we desire, what are we doing to achieve them? The starting point for each Table Talks is formulated out of what emerged as urgent in the preceding edition, formulated by the group that is present. There will be a Table Talks XL during the festival in November 2019, and the series will conclude with a final edition at the end of the year.