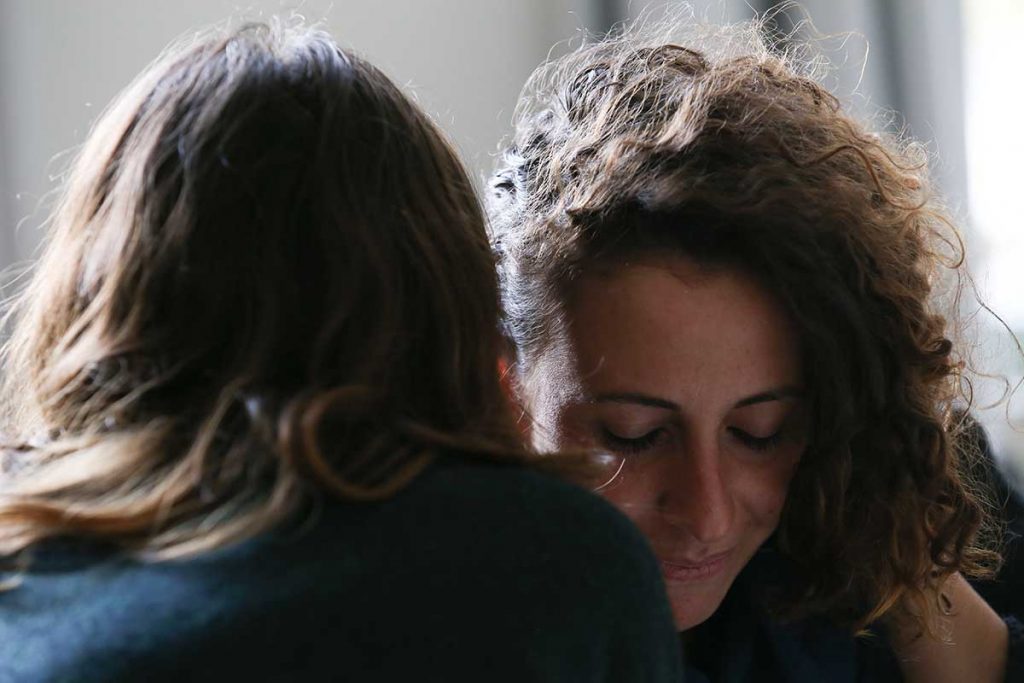 Report of The Atlantis Project

Everything passes and everything stays,

but our fate is to pass,

Because in The Atlantis Project I am finding a way to make familiar the stranger, I shall speak about it. It is a complex and multi-layered project. It consists of 8 working sessions, a performance in form of ritual at the shore in Scheveningen, and a living archive—which documents the working sessions and that will travel and expand during the tour of Dance on the Edge Festival in November as visitors will add a personal line to the existing stories. The working-sessions have involved social-actors of the shore of Scheveningen such as fishermen and sailors, but also the residents of the elderly care Het Uiterjoon (which is also a term used to refer to the last buoy of a very long fish net) as well as all those who answered to the project’s call.

I have attended 2 Atlantis’ working sessions (one as participant, one as observer). They were both divided in three parts. The opening consisted of a game called ‘same question, different question’, which consisted of digging up questions unearthed under a sort of white sand and decide whether to answer to the questions of our predecessors or to search in the sand for another one. Following this icebreaker game, the participants gathered in couples and shared their stories in pairs. I thought my story to my pair, and instructed him on the way in which he should have passed it on by addressing specific words and feelings, and vice-versa, so he did.  Finally, every couple gathered back into a circle and performed the other pair’s story at his/her best.  The stories come to gather into a living archive, a collective stream of stories in which the search for matching currents is turned around to reveal a common heritage of human kind: the making of paths on the sea.

What the Atlantis archive documents is not so much a repetition of an authentic and richer phenomenon of crossing seas, but rather a social collective action that displays that repetition is difference,[1] and that difference can be based on an ethical relationship of care and friendship with a whomever ‘other.’ During the festival’s tour, my story will be presented through a voice-record in which I tell instructions about performance and intonation techniques to tell and pass on my story, and then, by the re-enactment of my pair. Thus, the visitor follows my instructions, learns by heart my pairs’ re-enactment of the story yet she/he adds a personal line to it when she/he re-enacts it before leaving the installation. Here, I think, it becomes clear how caring for my story is not so much about keeping my story as it was but about changing my story into a common heritage which is based on trust and respect, essential ingredients of friendship and care. The Atlantis archive shows that repetition in not about doubling but it is to become slightly different yet an opportunity and an act of caring for the other. Any act of care is indeed, not about preserving the status quo, but rather it is about change and mutual evolution. Care and caring are practices that not only change that which is cared for, but also change those who are doing the caring (Linebaugh 2008).

Last but not least, the Atlantis archive shows that the copy is always ‘more’ and always authentic – as repetition is not an act of reduction but of enrichment. The re-enactment of my original performance is not a minor copy but a profound expansion of the original performance over time, including multiple sites, and multiple people. That is because neither storytelling nor heritage nor archives are mere static echoes of a past of a certain order, but they are dynamics streams.

In such a perspective, Atlantis give an impetus, a path for others to (re-en)act upon, and care for in the future. Because we know, everything passes and everything stays, but our fate is to pass, to pass making paths, on the sea (A. Machado 2012, p.33 transl. author).

[1] In an academic context, issues of difference and repetition are extensively discussed by scholars such as Deleuze and Derrida. In my approach, I follow Deleuze, who recognizes the existence of a form of repetition as difference which is fully positive and affirmative being enrichment. This conception offers the possibility of moving beyond representation as well as beyond ‘I’ and ‘you’, authenticity and inauthenticity, becoming-not-becoming. For further clarification I suggest you to read Deleuze’s Difference and Repetition (1994). 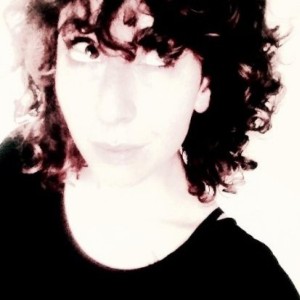 Sara Guagnini is a junior independent researcher and art curator based in Amsterdam. She holds an interdisciplinary Master (MA/Msc) in Critical Heritage Studies from Leiden University and a MFA in Curatorship from Luiss Guido Carli. She has curated We (?) A critical approach to migrant identities for Contested borderscapes at University of Lesvos in Greece and she has co-curated Delta ti - on real time at Museum Bilotti in Rome under the lead of art critic Achille Bonito Oliva.
All Posts