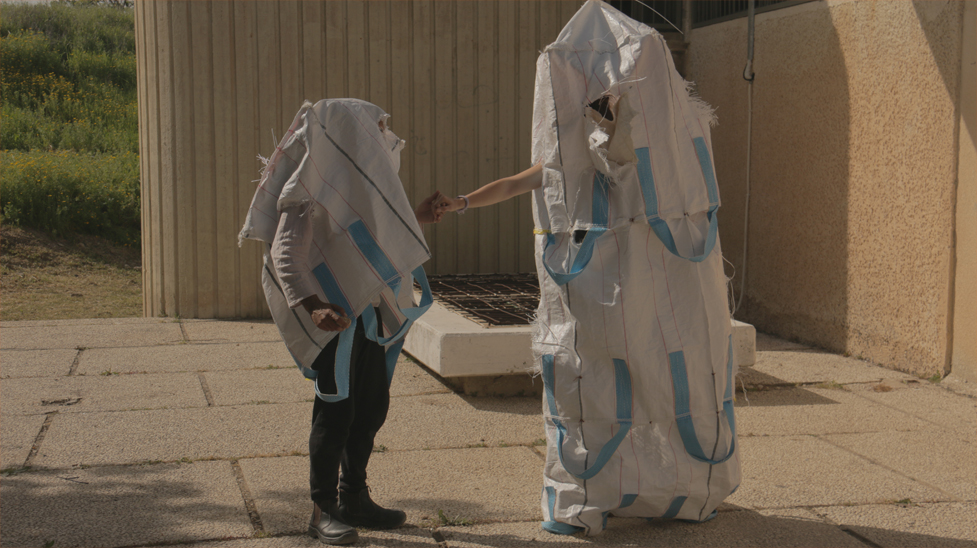 Report: Boxes in My Alleys

Dutch theater maker Thabi Mooi joined local Palestinian artists in Akko (Israel/Palestine) for the international exchange project Boxes in My Alleys. The first result of this community art project was an open air performance in Akko on the 26th of March. For DOTE, Thabi Mooi reflects on her trip, the project and the politics of international art.

The plan was to go to northern Israel to give a workshop on site-specific theater to a group of Palestinian artists. It was going to be my first visit to the Middle East, so I brought my daughter and partner with me. I would talk about my work for a week, while my daughter and partner would enjoy a holiday by the sea. That was the basic idea. I knew embarrassingly little about the country and when I looked up information it was always about the ongoing Israel / Palestine conflict, and especially its insolubility. I found it very difficult to understand as an outsider, and above all morally complex. Should I take a certain position in this? As an artist, as a person? But based on what? I had never set foot in Israel.

The Palestinian director Firas – initiator of the project – assured me that we would not make it political. On the contrary, his goal was to be creative, zooming in on the daily life of the inhabitants of the old fishing town of Aka/Akko. That was the town he grew up in and knew from the inside out. Families living on top of each other in crooked houses with narrow windows, so small that they rather spend their time outside. They hang their clothes to dry on the street, boys kick a ball around on the town square and sun-tanned elders feed the street cats with old pita bread. No politics. Only daily life.

So I began my journey not knowing what to expect. Passing the fully armed soldiers standing in front of the check-in desk and the intense questioning by a Jewish employee (did anyone give you anything on the way to the airport?) made our entry to the country politically charged from the get-go.

I pondered about it as I smiled at the group of Jewish men in uniforms on the train that made contact with my daughter (there is still a long conscription in Israel) and I thought about which language I had to greet the Arabic taxi driver in who brought us to our Airbnb so smoothly? How do they see me? Which position do I take?

The note that I found in my suitcase that evening rudely answered my question. In brief and concise writing, it stated that my suitcase had been open for security reasons. Apparently, I was (briefly) considered a potential threat for the state of Israel, which defended itself like a guard dog. Whether the threat was real or not, it certainly set the tone.

During my visit to Akko and in the discussions with Firas, politics came into play quickly. It seeped through in the performance project, because prior research by some of the artists showed how much people’s daily lives are characterized by struggles. Not that residents are activist, on the contrary, they seem conspicuously ‘paralyzed’ and apathetic, because they have so little control over their personal space and lives. As a Palestinian you are not allowed to buy and own property, so you can’t redevelop your house, because it belongs to the government. The government, however, does nothing to renovate old houses. Unemployment rates are high, so people have to work long days to make a living. Traditionally the people of Akko lived off of fishing, but now they use their boats for tourists who want to party on the water. It is as if they live in a bubble. Walking around, it quickly becomes apparent that Arabs and Jews live in different worlds: they eat at different restaurants, go to different schools, use different languages, although Arabs are obliged to learn Hebrew. The groups enjoy different liberties, and sometimes even different rights, even though that’s not always clearly visible. For example, one of the Palestinian actors (from Jerusalem) of our crew was arrested late in the evening, because his friend from the West Bank did not have valid papers to be in the north of Israel. They had to stay in a cell overnight, after which our colleague arrived tired and frustrated at rehearsal the next day. Because of another project I did in South Africa two months before Akko, I couldn’t help drawing a parallel between this situation and the apartheid politics (even though that’s an entirely different story in itself).

During conversations with the artistic crew, I learned of their struggles to be recognized for full as a Palestinian artist in Israel, instead of an (exotic) exception to the rule. As a Palestinian you are already at a disadvantage, but as an artist you are extra vulnerable. Grants for political theater makers are being cut, theaters in which Jewish and Arab artists work together are being closed. I realized just how much these artists want to express themselves in complete freedom. The want to tell stories that are about people, about life, and they don’t want to be forced to take a stand, talk about oppression or wars.

Since the performance was far from finished and the presentation for the funders (the Dutch embassy) was approaching, I became a helping hand wherever needed: director, dramaturg, production assistant and even actress. No more time left for workshops, but working hard together. This was right up my alley: working on-site with real stories and sharing these in a creative way. However, collaborating on this performance was not that simple! First of all, because of the language. In Arabic, English and sometimes Dutch (one of the actresses was half Dutch), but mostly with body language we tried to communicate and build a universal theater language. A lot of time was lost during miscommunications, faults in translation and abstract concept explanations, at which the actors had to patiently wait. As soon as we worked on the rehearsal floor though, everything started to flow. Not only our passion for theater and humor united us, but specifically the urge we felt to share the struggle of the community. What struck me the most was that we succeeded to transform the political sensitivities to a poetic myth, a classic story full of symbolism in which meaning and beauty could be found. The frozen state of the Palestinian community was captured in the story of the old woman and her son, that spend their days in their house on the square. All they did was rebuilding their house again and again, every time it falls into decay and fantasize about their husband/father who disappeared at sea. They only waited and killed the time by telling their story over and over, until a dead fish washes up on shore one day inspiring the son to search for his his father. The performance uses the transformative power of storytelling. Literally and figuratively, because the classic story changed with the actions of the characters and by breaking through their daily routine they could change their destiny.

“I know this story” mumbled one of the old Arab men on the square. Apparently, the story resonated so well with the environment and the people that it was “right”, that it spoke from the inside out. For me, that’s when theater is at its best: communicating on a higher, spirited level. Reaching an audience that is captivated by images, music and meaning; making people aware of their inner desires, courage and  hope to liberate themselves.

The performance Boxes in My Alleys took place on the 26th of March 2018 in the old city of Akko and was the pilot for this project to further develop into different neighbourhoods or cities. Check out a short compilation of the performance here: 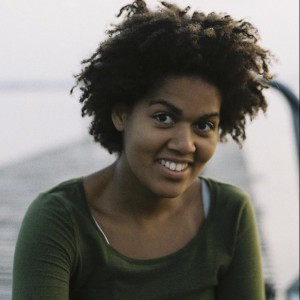 Thabi Mooi (1983) graduated from the Theatre Directing Studies in Amsterdam in 2012. Since her graduating, she has been striving to create site-specific performances, in which mime and music come together and the audience has a special, active role. Besides theater, Thabi also makes (dance) films, together with partner and filmmaker Tom Fassaert.
All Posts